Hit enter to search or ESC to close

Home to champions of a local, national and international level. 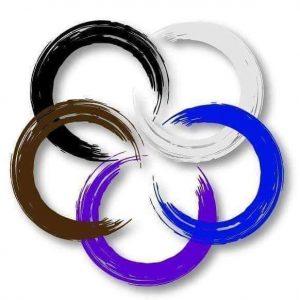 Five Rings Grappling Academy teach kids and adults Jiu Jitsu in Sheffield and Mansfield. We believe in a well rounded style of mixed martial arts grappling taught to you with a friendly approach. The coaches have black belts and competition experience in Brazilian Jiu Jitsu or ground fighting as its known also and Judo and experience training and coaching Freestyle Wrestling and MMA. You will learn to be as safe and comfortable fighting standing as on the ground, whether in a gi or not.

We teach Jiu Jitsu, No Gi Submission Wrestling and MMA, allowing you to train in different styles of grappling. Our lineage traces back to Gracie Barra in Rio through Mauricio Gomes. Mauricio was the son in law of Carlos Gracie, the founder of the art and is the father of 10x World Champion, Roger Gracie. Because there is no striking, you can train to a higher intensity and limit the risk of injury. 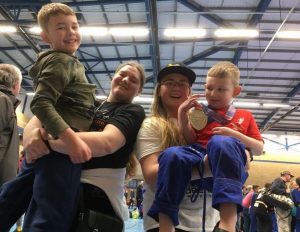 How do students grade?

Five Rings Grappling Academy students grade under IBJJF guidelines and our own patch system in the Champions programme. Junior students are rewarded for showing improved ability in Judo, Wrestling, Self Defence, Competition techniques and building a Growth Mindset. We breed a healthy mental attitude, self discipline and confidence. Our Lifeskills programme is the best.

We took the approach from “The Book of Five Rings” and use it daily. Our logo is represented by the colours of the five adult belts. Each ring is open to highlight the fact that our learning should never end. The nature of the Grappling Arts (especially BJJ) are such that they can never be completed so can always be developed and understood further.

Five Rings Grappling Academy are very proud to be associated to both UKBJJA (https://www.ukbjja.org/find-a-club/) and Mauricio Gomes Legacy Team (https://www.mauriciogomesbjj.com/pages/academies)

”Great gym! The head coach has trained for years, competed internationally and has connections in the bjj community throughout the UK and abroad. So, really high teaching standards with a competitive but also inclusive training atmosphere. Good for all schedules as there are classes every day of the week.

"Paul leads by example. He is a hard working young man who is authentic and holds a high standard for himself & his students. It is nothing but a pleasure to work alongside him"

”I've known Paul Cole for nearly 20 years. He's trained under the best the art has to offer and his lineage is impeccable. In the time I've known him I've watched him develop into an instructor of international standard.
He's a young man who always strives to improve himself, constantly looks for the best in someone, and truly wants the best for his students.
Anyone thinking of starting BJJ, or enrolling their kids into lessons, couldn't wish for a better coach. You will not find a better role model for the mental and physical growth of your children.

Jiu Jitsu Near Me – How to choose the right academy.

Paulinho | Blog | No Comments
Jiu Jitsu Near Me Brazilian Jiu-Jitsu is a martial art that can be used for a number of purposes like providing stress relief, developing discipline, improving self-confidence, and providing a…

Training for Self Defence?

Paulinho | Blog | No Comments
Is there a Martial Art that not only teaches you effective self defence moves. It also teaches confidence, self-reliance, and self-esteem. BJJ (also known as Gracie Jiu Jitsu) has been…

How To Become A BJJ Practitioner

Paulinho | Blog | No Comments
History And Basic Concepts A lot of people all over the globe are getting into martial arts. And one that is growing in popularity is a form of martial art…

Why is BJJ so effective?

Paulinho | Blog | No Comments
There was a time when the art was relatively unknown. Effective martial arts were seen as Judo, Wrestling , Tae Kwon Do and kickboxing. Then Friday, 12th November 1993, Royce…