It was a real pleasure to head to Gracie Barra Long Eaton on Sunday 10th February with the team for the BJJ Midlands Interclub. MID – Facebook

The BJJ Midlands interclub is designed to give white and blue belts valuable competition experience in a friendlier setting. Rather than being a competition, competitors are matched before the day. This way they know exactly how many matches they can expect and the running order of the matches. 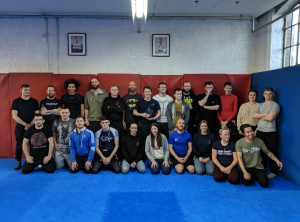 Each competitor also scores points for the team and at the end of the day the team with the most points wins the team event. Five Rings Grappling Academy took 20 competitors and faced competition from local BJJ gyms. MPire (Gracie Barra Mansfield) Rebellion, Nottingham MMA all sent teams and had a great showing. 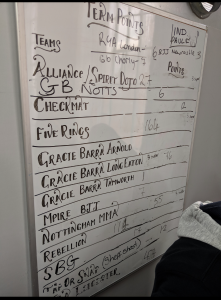 I was very proud of our team winning the event for the third consecutive event. This time we won with a massive 71 point lead. The thing that is great about the interclub is that beginners get a chance to compete. It is a great starter competition and our whole Jiu Jitsu competitors in both Sheffield and Mansfield have all entered.

Look out for pictures of the day in our Gallery Well done to everyone who entered. Whether team 5RGA or not, everyone did themselves proud. 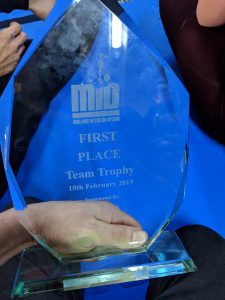