Can I only train at one gym? 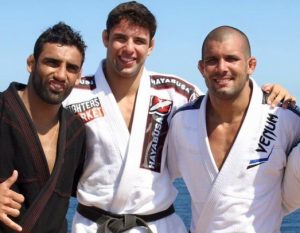 BJJ is strange and wonderful art. Wonderful in that there are a list of benefits almost infinite. Strange in that over the years it has cultivated a very tribal mindset. How is the mindset of only training BJJ with one instructor changing though?

It used to be that there was only 1 or 2 clubs within a huge radius within the UK. Students usually chose a club, and therefore a team, based upon where was closest to their home. A postcode lottery determined whether you were Gracie Barra, Alliance, Carlson Gracie Team or any other group. Because of the lack of available training partners that was just how it was.

Over the years though, the popularity of the sport of Brazilian Jiu Jitsu has exploded and lots of people have been positively affected. Due to the popularity, new teams, academies and affiliations popped up all across towns and cities and more people began to train. Competitions became more popular and teams coming up against each other was more common. And this is where things became tribal. 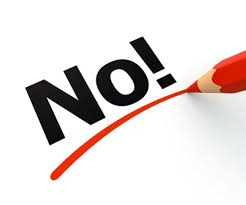 What or whom is a Creonte? A creonte is a term that came about thanks to a brazilian tv show. A character in the show was seen as sneaky and two faced. Traits that no self respecting person would want.

In recent years though, thankfully, this term is being used less and less. People in BJJ now all know each other relatively well and, for the most part, encourage training at other places if and when it is more convenient to the student. I can think of at least 5 of my students that train at other well known local Jiu Jitsu academies. I have one student that is a regular fixture on at least 3 different mats in Sheffield.

I, myself, travel to train with different teams and affiliations (read: friends) all over the place. People come to classes that train at other places more regularly than they do with us.

Has it always been this way?

In all honestly, no. But only because I didn’t know any better. Being brought up at the beginnings of BJJ in the UK and, as a bit of an outlier, I regularly got to train with some of the best in the world. Even living with 2 world champions for a year or so. So I didn’t really need to look elsewhere for extra training… everyone came to us.

I moved to america for 9 months. At 24, as a brown belt, I was given the opportunity to move to Springfield, Virginia to teach and train BJJ. After living in Sheffield and travelling to regularly train, the chance to go to the US came up and I jumped at it. Moving didn’t mean, to me, that I wouldn’t be part of the team i’d always been part of.

During those 9 months I met, and trained with people from all different teams and affiliations. I’d not known just how ‘open’ the school I was going to was. It was an incredible experience that changed the view I didn’t know I had.

Moving back to the UK I came to Mansfield to train with a friend and also with old friends in Sheffield. Funnily, I ended up taking over both of the original schools in the area. Both of which I still teach at 4-5 times a week.

The difference between the creonte and non-creonte mindset

The biggest difference is ego of the instructor. You will usually find that the BJJ schools that don’t like students training elsewhere are the same ones that want have black belts that want insist on being called Professor. Or tell you how rubbish someone or somewhere else is before you’ve met them yourself. These academies are usually a bit ‘culty’ and always ask for a bit more than to turn up and just get whatever you need from Jiu Jitsu.

What to do to find the right school?

Most places offer a free trial to start. Use this wisely. Ask the other students questions in private about the culture of the school. Do any of them train elsewhere? Is that ever a problem? The busiest mat doesn’t always mean the best environment. It’s also important to be getting the best Jiu Jitsu you can find for what you are paying.

In short, no gym or instructor should ever have a problem with you training BJJ elsewhere to compliment your own advancement. If they do, it should say more to you about them than it does you. Every Jiu Jitsu instructor will have something to teach you. No one knows everything. Pretty much all of BJJ’s top athletes train with each other in different places.